Most of the time on this blog I talk to you about how to pick the best laptop for your profession or purpose. This might be a specific program or a profession. Some of you, though, don’t need to know which laptop works for your purpose. I know because you’ve sent me messages asking for a manufacturer-specific lineup.

You’ve sent messages asking me questions like, “Which laptop by (manufacturer) is the best?” Like a die-hard car enthusiast, some of you have a preferred manufacturer you want to stick with when you’re shopping for a computer. That’s why this time I’m going to share the best laptops by one popular computer brand.

What are the options?

Okay, so you know that Dell has stepped up their game in the laptop world. They have been popular only among the professionals with their Precision laptops but now the Dell XPS and Inspiron lines have become popular choices for regular people.

But still you ask, why would anyone want to stick with just one manufacturer? There are many laptop manufacturers out there that are sexier and sleeker than Dell. In my opinion, so many of you prefer to buy Dell laptops because of the wide range of choices available, their customer support, and the ability to get them refurbished pretty easily.

I like them because I can scale up or down in price and still get a decently performing laptop no matter what my budget is.

What should you look for when searching for the best Dell laptop?

Not all manufacturers are created equal. Some laptop manufacturers are playing the commodity game. They price at the low end of the spectrum and the computer’s longevity will likely reflect the price. Others cater to design and user experience, such as Apple’s products. But let’s say that you’re a middle-of-the-road person who just needs ad decent laptop. What should you look for in a laptop and a laptop manufacturer?

The best dell laptop for you will be the one you can actually use. With that in mind, I suggest:

How to judge a laptop?

Here’s a table I’ve tailored that you can use to evaluate any Dell laptop thrown at you.

I have not mentioned the weight as it depends entirely on the screen size. If your budget and needs are more entry-level but you still want to get the best Dell notebook for you, then this Dell Inspiron is what I recommend. It has a big enough screen (over 15 inches) and enough memory and processing power for most types of work. It has all the features you’d for working during the day, at night, and on the go, such as a backlit screen, power saving modes, and a touchscreen. You can play some games on it with the graphics turned down. Plus, serious movie buffs will find that the integrated DVD player makes it a better choice than a tablet. About $200 above the i5559 is the i7359. It’s a lightweight and portable 13″ inch, 2-in-1 laptop with touchscreen support. The screen is a little smaller, but it makes up for it in processing power. The newer generation processor is a little more up to the task when it comes to memory-sucking applications and games.

It also has a good integrated sound system and a comfortable pen for a touchscreen. The downside is that adapting to trackpad can take few days. It’s a bit finicky, but that can be adjusted in mouse settings. Finally, it has a brushed aluminum keyboard deck has a premium feel that’s rare in the $750 price range, so is the best Dell laptop for those who value form as much as they value function. We’re now at the point where you’re going to see some real gains in laptop speed and graphics quality. This laptop is a little bit more expensive than the previously mentioned model, but it’s worth the extra hundred dollars. The included 8 GB solid-state hard drive means that it’s going to be faster at startup and when opening and saving files than the lower-priced versions. And the NVIDIA GeForce GTX 960M and 15.6″ touchscreen mean it’ll be good for gaming, too.

It has 3 USB 3.0 Ports, instead of just one. Unfortunately, the Trackpad quality is poor – it has problems picking up multiple fingers for scrolling. You’ll want to use a wireless mouse with this one. It also stays pretty cool despite its size, so if overheating is a concern for you this is a good one to pick. And it’s still under $1000, which makes it an amazing laptop for Dell fans and the best laptop for someone who games on the go.

Watch why this one is called the “Cheapest Gaming Laptop on the Market”: This “gaming beast” of a laptop has received some acclaim from the web lately. And it’s not hard to see why: the 7559 has a larger solid state drive than the previous version in the list as well as better video and graphics support. It was designed with video streaming and editing in mind, so if this is a priority, this might be the model for you. The gaming-ready video card and 4K Resolution both help in that regard. And unlike the last model, this one has a 6-cell 74Whr battery, so you can expect a full working day’s worth of battery life. The downside is that it has one of the stiffer keyboards of the Dell laptops and the speakers are rather underwhelming. This is one laptop that has the potential to be amazing with the right accessories.

Here’s a video review I found on the laptop if you want to see it in action: At the top of the Dell lineup, we have the XPS 15. It’s an amazing Dell laptop for someone who wants to be able to work hard and play harder. It features a sleek borderless display and a wide-angle panel IPS that prevents colors from shifting if you’re sitting straight in front of the display. The 4K resolution means that videos, games,and images look spectacular.

Even though it’s a rather large 15″ laptop, Dell decided to not add a number pad. It’s lighter than some of the other laptops on this list at 3.9 lbs rather than the nearly 6 lbs the lower-end ones weigh. It contains one USB 3.1 C port which can be used to charge the laptop, any smartphone or to connect one/two external displays. It even has LAN Ethernet connection which is rare for a laptop with USB 3.1 C. Some might be disappointed with its battery life, but it’s quite good considering it’s power-hungry processor. If you can afford the $2000+ price tag, this is the laptop to get for Dell lovers.

See why it’s been called the “MacBook Pro Killer” in this video:

What are your other options?

Dell is a household name. At some point, almost everyone has worked on a Dell computer. Does that mean that you shouldn’t move out of your comfort zone? I don’t think so! I regularly review other brands that you should try, such as ASUS, Lenovo, and Microsoft. To see what else is out there, check out an article I recently wrote about how to pick a laptop for World of Warcraft. And a word to the wise: any laptop that can handle a massively multiplayer online role-playing games like World of Warcraft can probably handle anything your work or school can throw at it. It’s not about the best Dell laptop, but you might find your next best thing instead. 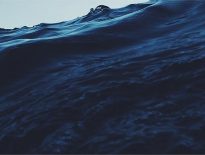 Gaming Guide to the Best Laptops for Oculus Rift + 4 Hot … 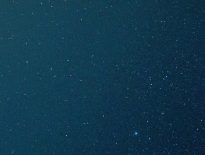