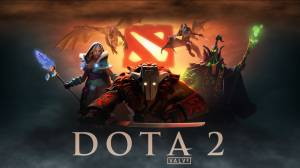 I still remember playing the player-created Defense of the Ancients mod map in Warcraft III: Reign of Chaos, and back then, it was a novelty that breathed a bit of life back into Blizzard’s real-time strategy game. Today, there have been a wide variety of MOBA games that feel very similar; you start out with a hero, push lanes against either computer controlled opponents or an enemy team, and eventually secure a victory. A few years ago, Valve decided to release the spiritual successor to Defense of the Ancients: Dota 2, but for those who enjoy laptop gaming, which are the best laptops for Dota 2? Let’s take a look.

Dota 2 Requirements at a Glance

Multiplayer online battle arenas or MOBAs have come a long way in the past decade or so. The original Dota wasn’t the most attractive thing due to the fact that it was designed to be played on the Warcraft III engine, but in the 15 years since those days, computing, especially laptop computing, has come a long way. Based on Valve’s specifications, here are the requirements for Dota 2:

These are, pretty much, where you should start at for your Dota 2 experience, but I would definitely recommend a more robust machine, especially considering that you might want to play other games on your new laptop. Logical Increments has a great article that goes into what type of desktop system you should consider that you can use to figure out a good Dota 2 laptop, but here are the stats that I think will cover you for most games, especially Dota 2:

Of course, there are even stronger systems for Dota 2. You can shoot for a Pascal processor from Nvidia that will also let you play around with some virtual reality games like Ubisoft’s upcoming Star Trek: Bridge Crew, but for a machine that’ll specialize in Dota 2, the stats that I listed above should serve you well. With that said, you’ll find that some of the laptops that I have selected have Pascal chipsets.

Crucial Features to Consider In Your New Dota 2 Gaming Laptop

As you can see by the minimum system requirements, you can run Dota 2 on a relatively low-powered system. Is this what I would recommend? Well, no, but if you are looking for a system that can run it relatively easily with minimum performance, then these can work. Personally, I would recommend a dedicated graphics processor, but integrated graphics from Intel can work relatively well and save you a few bucks on your overall machine.

This is where the computational power of your laptop resides, which is why a processor with more cores is going to deliver a more quality MOBA experience for Dota 2. Effectively, the higher-end processor you use, the more seamless DOTA experience you’ll be able to expect. Once again Valve has made more than a few provisions for slower machines, but seek out an i5 or i7 laptop for a better overall performance. For top performance, i7 6700HQ or i7 7700HQ are best.

If you plan on taking your Dota 2 on the go with you, I suggest purchasing a laptop with a robust battery. More powerful processors and graphics cards will tax the battery life of most laptops but it is possible to find a happy medium.

One thing is important for every laptop gamer to remember; laptop suggested battery life isn’t rated for gaming. Usually, if a laptop manufacturer says that a laptop has a six-hour battery life, this is its specifications under light to moderate load. This means that an application that uses both the CPU and GPU like Dota 2 will drain your battery at a faster rate. I suggest shooting for as long of a life as possible so that you can at least get an hour or two of playtime for your game when an outlet isn’t readily available.

Laptop displays have become very impressive as of late. Many laptops from the gaming giants have greater than standard HD displays that are designed to be both vivid and colorful; in fact, there are even quite a few 4K displays on the market. When searching for a new Dota 2 machine, shoot for a laptop that has a display that won’t cause a delay in the action but has a refresh rate above 120Hz, has a high pixel count per square inch, and has a good level of brightness. You can also look for a screen that has a matte finish so that light doesn’t cause a glare as well. As I mentioned, you don’t have to really spend a ton of cash on your Dota 2 laptop. This Asus F555LA-EH51 has all of the stats that you’ll need to begin your career in this famous MOBA; for about $500. In fact, at its base settings, Dota 2 will give you a crisp 60 fps while you push lanes and destroy your enemy’s bases. This machine has an Intel Integrated graphics chip that does a good job at granting you some decent graphics for most games, but the display only displays 720p pixel resolutions. Fortunately, you can bypass this with a few workarounds.

One of the primary drawbacks of this laptop is its relatively abysmal battery life; you’ll need to keep this plugged in while playing Dota 2 because it only lasts about three and a half hours when unplugged. Also, I recommend installing a solid-state unit over this laptop’s one terabyte mechanical drive. With a six and a half hour battery life, which is much better than our first selection, the Asus ZenBook UX305CA is still a great budget-friendly option for someone who wants a good Dota 2 laptop. In fact, this laptop will only set you back about $700. At this price, you get an Intel M3-6Y30 processor, a lightweight 2.7-pound construction, and a 250 GB solid-state drive.

While you’ll only be able to run the game at minimum graphics settings, its SSD will provide quick load times for the game itself so that you can quickly get a match going without a lot of fuss. It even has 8 GB of RAM, which will make the access times quicker as well. Now we are getting into machines that can handle just about all that Dota 2 can dish out. On the MSI GL62M 7RD-256, you’ll be able to play the game at its highest settings due to a very robust graphics card and a strong processor. Its Nvidia Pascal GTX 1050 chip is capable of handling virtual reality applications and has 2 GB of video RAM. While it’s not the absolute tops for gaming, this GPU should be able to handle most modern applications.

The processor, which is the Intel i5-7300HQ, is a quad-core processor that has a 2.50 GHz clock speed that has a max turbo frequency of 3.50 GHz. This provides a robust computational experience that will shine in most games. I am not a huge fan of its battery life; it only will last a little more than three hours on moderate load, but for the price, this is a really performant laptop for Dota 2. Notebook Check has a great deep-dive review of this laptop’s specifications if you have more questions (though always feel free to leave a comment below if you want to simply ask me). One of the nicer features about laptops for Dota 2 is that you don’t have to spend a lot for maximum settings. Our final laptop only goes for about $1,100, but you’ll be able to play Dota 2 at its highest settings as well as wide variety of other modern games. This laptop has the same graphics processor as the previous model but tosses in a power-packed i7-7700HQ, which has four cores, a high clock speed, and has a 6 MB cache.

It’s not my favorite laptop for storage as it only has a mechanical 1 TB drive, but fortunately, the ASUS ROG Strix GL553VD-DS71 does have space for you to install a solid-state drive as well. Want to try out an HTC Vive or Oculus Rift? You won’t find many options capable of running these peripherals that are much cheaper than this laptop.

Table of Best Laptops for DotA 2

As a gamer who loves the tactical side of things, there aren’t many games out there that are better than Dota 2. Each of the laptops that I’ve presented here will do a great job at easing your need for a MOBA fix. Also, don’t forget to check out Overwatch, World of Warcraft, League of Legends guides (I know, blasphemy). 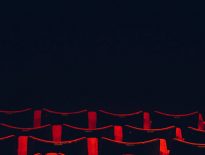 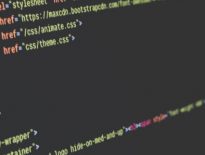