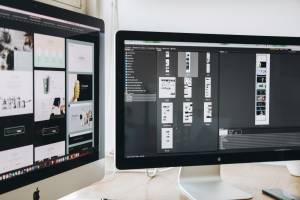 When it comes to laptops, mobile workstations tend to be the top-of-the-line when it comes to their ability to enhance overall productivity. These business laptops typically incorporate business-grade components that make them a completely different creature than a standard business laptop that’s designed for email and light productivity. As a result, these laptops have a tendency to be a bit more desktop-like when it comes to bulkiness, while still maintaining the portability of a laptop. As a professional digital animator, I understand the need for a workstation-grade laptop, which is why I am here to help you find the best workstation laptops for your needs.

High-Grade Components: The Lifeblood of a Workstation Laptop

As mentioned, these are high-performance machines; and as such, a good workstation machine will have the components to perform pretty much any computing task when needed. While many people who are seeking out these types of laptops seek out components of the Quadro, FirePro, and Xeon level of performance, I find that, for the most part, you can get away with seventh generation i7s and Nvidia Pascal GPUs. In any situation, let’s take a look at what components you should be considering.

If you want your machine to purr, you have to get a great processor. Steer clear of the i3 and i5 processor line from Intel and shoot for a CPU in the i7 series of processing chipsets. In my opinion, nothing less than a seventh-generation processor will do in this regard. Also, your processor should have four cores so that you can have all of the computational power you need for all of your processing. The quad-core architecture allows your processor to carry out four computational strings simultaneously, which greatly improves processing time, which is why it’s best for heavy workloads.

Also, when it comes to the CPU, there is an argument that many view the Intel Xeon line to be more workstation-ready than the Core i7 line of mobile processors. In all honesty, both can work quite well in your new workstation laptop. Core i7 lines have onboard integrated graphics, whereas Xeon processors require a discreet graphics card. Since most workstations should have a discreet video card anyway, I don’t think this is much of an issue. Velocity Micro’s Blog has a great write-up about the differences, so it’s worth a gander.

RAM governs access times for your system, so plan on having a good amount of RAM for your new workstation laptop. In my opinion, don’t consider a machine that has less than 16 GB of RAM, and I also feel that you should err on more RAM than this if you have the capability. Some laptops have RAM that isn’t upgradeable, these are fine for most, but personally, I like to be able to add additional RAM if the option is available.

For a workstation laptop, you should definitely consider its storage capacity. Since you may be rendering, encrypting, or encoding on this laptop, it should have sufficient space to store your files. With this in mind, a terabyte of space or so is sufficient, but once again, if you can get more, do so. Additionally, there are two types of storage available:

There are also laptops with a combination of the two drives. This is designed to provide some extra space for files on the cheaper mechanical drive and also provide a solid-state faster drive to run your programs from.

If you are buying a workstation laptop for its ability to process and encrypt different file types like video, then you want a machine that has some real graphical power. For a high level of workstation-grade graphical oomph, many people pick up machines with Nvidia Quadro cards. These cards are designed for the professional-grade graphics work that is used in CAD programs and are quite expensive compared to Nvidia’s current crop of Pascal GPUs. That being said, Pascal chips can also be fairly performant as well. Both Nvidia chips also utilize CUDA technology that lets you use the graphics processor to bolster the performance of your CPU.

When you’re working on a laptop, nothing is more annoying than when the keyboard is prohibitively small. Fortunately, many workstation laptops have full-sized keyboards so that you won’t have to struggle with the keys. In my opinion, a workstation laptop should feature a num pad, have responsive keys, and incorporate some backlighting.

With high performance, you’ll want to have a great display as well. Any workstation that you purchase should at least have a 1920 x 1080 or standard HD resolution. Also, I tend to gravitate toward displays with in-plane switching (IPS) because these tend to have brighter pixels and a higher overall level of contrast. IPS displays also have better viewing angles than standard TN displays as well.

Additionally, you can also shoot for a much higher resolution as well. There are workstation-grade laptops out there that have a 4K display, which looks very attractive for viewing your work or media files. There’s one inescapable truth: you can’t get a bargain basement laptop and expect it to perform as a high-performance workstation. This means that you’ll always spend more than $1000 on a workstation machine. Our first laptop is great for those who want to purchase a quality mobile workstation but don’t want to spend a lot of cash.

You won’t get a lot of graphical performance out of this as it uses integrated graphics, but for processing performance, this laptop has a current generation i7-7500U processor that is fairly performant. While this only has two cores, it has a fairly robust processor base frequency of 2.70 GHz. Additionally, for a machine that can easily serve as a workstation, this is a surprising mobile machine; it only weighs about 4.3 pounds. Also, its display is amazing; it’s has a 4k resolution, is a touchscreen, and uses IPS technology. The Precision line from Dell is designed for a more powerful degree of performance. Firstly, the Precision M5510 has two professional-grade hardware components that really display its excellent pedigree:

Both of these processing systems can work in conjunction to provide some excellent processing through CUDA architecture. Additionally, if you’re doing any rendering, or you are working with CAD tools, you simply won’t find many systems that can work so well in a professional environment. My chief issue with this particular laptop is its somewhat paltry 16 GB of RAM; it simply seems mismatched compared to its high-grade processing. That being said, you won’t get better for $1700.

3
Great laptop for work and gaming Alienware is Dell’s gaming line of laptops, but don’t count this one out due to its gaming components. Firstly, Alienware machines are always beautiful laptops; secondly, this machine has some great overall components that work well as a mobile workstation.

Its processor is actually one of its most impressive features. With an Intel i7-7700HQ., the Alienware 15 R3 is capable of quad-core computing. Couple this with the similarly impressive and virtual reality ready Nvidia GTX 1070 and you’ve got some impressive processing when you utilize CUDA. Also, this modern graphical chipset is plenty powerful enough to be used in graphical rendering and in programs like SolidWorks.

Unfortunately, despite a very heavy weight (eight pounds), the laptop doesn’t have a full-sized keyboard. This is forgivable, but dependent on usage, this can be a turnoff for some. The Lenovo Thinkpad series is another professional grade laptop series that is perfect for workstation performance. It utilizes an Nvidia Quadro M2000M graphics card with 4 GB of VRAM. This provides some bleeding-edge graphical processing ability that you’ll be hard-pressed to find in many other machines.

I was particularly impressed by a number of ports on this system. It has an HDMI port, a DisplayPort, USB 3.1C connector, and a full four USB 3.0 connectors. Also, the hard drive on this is purely solid-state and is a full terabyte. Also, at 32 GB of RAM, you should have some crisp speeds. Our final laptop is simply an amazing machine that has some truly powerful components. It incorporates two professional level processors:

These components are powerful enough for most high-end applications and can also work in conjunction through CUDA. Despite this, for some reason, this laptop also has only 16 GB of RAM. While this is a bit low, HP also has included a half-terabyte SSD and a 1 TB HDD so that programs can run off of the faster SSD and you can store your files on the HDD.

This is a bigger mobile workstation at 7.2 pounds, but it also has a battery that can run for five hours at moderate load, which is fairly impressive for a laptop of this type.

In my experience, the best workstation laptops can provide the best tools available for a professional. All of the machines that I reviewed here are excellent for most high-end uses, so access your needs and consider which one sounds best for you. Finding a good machine will take some due diligence, but I am here to help. If you have questions, leave them for me in the comments, and I’ll do my best to help you out. 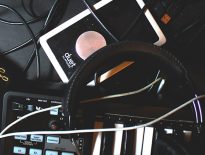 How to choose 6 Best Laptops for Ableton Live 10 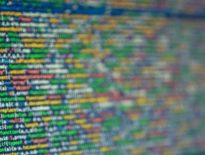