Finding the best World of Warcraft laptop depends on your budget and on the visual settings you’re willing to tolerate. Luckily, the core game engine is so old that there’s no need to get top-of-the-line hardware. That should be great news if you’re searching for a WoW laptop under $500.

How am I going to find the best laptops for WoW?

First, I’ll show you what are the exact requirements for a laptop instead of the generic stationary PC-oriented requirements. Then I’ll guide through each of them so you’ll know where you can cut corners and what is an absolute must. Finally, I’ll list out 8 best World of Warcraft laptops in their price ranges starting from $350 and ending with ~$3000.

I’ll begin with Blizzard’s official requirements for Legion. Of course, we could use requirements for Warlords of Draenor but to make matters simple, I’ll assume you’re targeting for your laptop to run well with the latest expansion and with new expansions in the future.

These requirements are NOT official – I used the official requirements to match their recommended components to equivalent laptop parts. I used 3rd party benchmarks including 3DMark and PassMark tests.

What is crucial for a World of Warcraft laptop?

Blizzard always does a good job when it comes to optimizing their games for slower machines. That is especially true for WoW. To run it, you don’t need anything special – a basic processor such as i3-5010U is enough to run World of Warcraft: Legion. Of course, when I say “run”, I mean playing the game on the lowest settings. If you’re OK with that, then there are more right choices than wrong ones. Even if you’re on a tight budget. You can get a laptop under decent laptop for WoW under $400 with the absolute the cheapest i3 notebooks starting at $300.

If you want a cheap WoW laptop (under $700) – go for a 6th-8th generation Intel processor as they come with integrated graphics fast enough to run WoW. Older 4th-gen processors are only an option if there’s a dedicated graphics card supporting them, but there are workarounds how you can run WoW: Legion with older iGPUs, however, there’s more work to do such as optimization guides and “hacks” that makes the game run faster by sacrificing enjoyability of graphics.

So what’s the takeaway?

If you want a cheap WoW laptop (under $700) – go for a 6th-8th generation Intel processor as they come with integrated graphics fast enough to run WoW. Older 4th-gen processors are only an option if there’s a dedicated graphics card supporting them.

Under $500? You’ll be OK with 4 GB. Otherwise, you’re getting ripped off if you’re not getting 8 GB of RAM. Point blank.

Usually, a Full-HD resolution display is a requirement by default. But I know some of you are searching for a basic budget laptop that can handle WoW. And there are some cheap laptops that seem to offer everything you’d need at a fraction of a cost. Often these laptops have either a terrible screen or garbage battery life (or both).

I’m not going to insist that you need a good battery runtime – it’s entirely an optional requirement for many gamers. But overlooking display quality is one simple way to limit your gaming experience. Ideally, I’d like that even an entry-level laptop would have a Full-HD IPS display with 300 cd/m2 brightness, 1000:1 contrast and 85% sRGB coverage. But this is obviously not going to happen if you’re squeezing value from every dollar.

That’s why, if your budget is above $500, I can only suggest making sure you’re getting at least Full-HD display. All other display metrics are secondary when it comes to gaming.

WoW does not demand a lot of storage size. But it needs enough so you’ll not be able to fit it properly on a 64 GB flash storage laptop.

So, we have 2 basic options:

Which you prefer is entirely up to you – if you have a large collection of games and/or movies – a cheap and spacious HDD should fit you best. But if you’ll be using it almost entirely for WoW, web browsing and streaming music and movies – a fast SSD storage would is the way to go. Best case scenario – 250GB or even 500GB SSD.

Of course, if you can’t spend above $550 – SSDs are not even an option. There are no laptops under $550 that have a 128 GB SSD AND have a good enough processor with a sufficient video card.

Best laptops for World of Warcraft

To find the best laptops, I’ve checked various online threads on hardware sites and Battle.net. Sadly, most of them are dated and rarely providing much reason for their recommendations. I’ve compared over 155 new and best-selling laptops to narrow down my results to just ~12 laptops. A few of them were very close in their price range, so for the sake of variety, I’ve picked out 8 best World of Warcraft laptops.

Just as in the last iteration of this guide, Acer dominates budget laptops.

Compared to last year’s model, this laptop comes with an updated processor Intel i3-8130U which offers 40% better performance, 6 GB RAM instead of measly 4 GB and a slightly faster integrated graphics chip. I hope this won’t come as a shock, but there’s no way we can fit a dedicated GPU under $500. But if you need a new laptop that’s under that price tag, this Acer model will be your best bet.

You can expect to play WoW on lowest graphics settings but that’s still pretty good for an entry-level notebook.

2
Cheapest laptop for WoW with SSD

At $600 mark, one laptop stands above the rest. Yep, it’s yet another Acer model – it seems they’ve got the budget laptop market on lock.

In contrast to the laptop above (and even many other laptops in this price range), a few big improvements stand out. We’re getting a new 8th generation i5 processor, a discrete Nvidia GeForce GTX MX150 graphics card (in between 950M and 960M), more memory and a solid state drive. The extra $200 can go a long way.

With this laptop, we can target for a medium/high settings mix while playing WoW. For up to 800$ we’ve got a great deal. MSI GL62M comes with a very fast i5-7700HQ CPU and a sufficient entry level GPU – GTX 1050 2 GB. That can be enough to play WoW on almost highest settings. Well, in fact, on this particular laptop you should be able to max out most of the settings as the display is 1080p. Also, it comes with an SSD and a larger HDD storage. Due to its unmatched performance at $800, it deserves a spot on the list.

Sadly, MSI laptops at this price come with a short battery life and washed out display panels so it’s not a great option if you want vivid colors and a bright display. For that you’ll need a true IPS panel which might come at a cost of an additional ~$150.

Best laptops to play World of Warcraft on highest settings

We’re quickly climbing the ladder and we’ve arrived at another pair of laptops, this time, at $1,100.

Eluktronics N870HK1 Pro comes with the same processor as MSI GL62M and a slightly faster graphics card. But the true improvements come with a larger display, increased display quality, more RAM and a larger SSD.

Call me old-fashioned, but I like having multiple ports on my laptop. It seems Eluktronics thinks the same. They added HDMI, 2 mini DisplayPorts, USB Type C and 3 USB Type A. Also, there are the regular audio and microphone jacks, SD reader, Kensington Lock and a fingerprint reader.

It still has a limited battery life and is bulkier than most 17.3″ laptops. If you want there’s also a 15.6″ option at a nearly identical price.

5
A solid gaming laptop in the upper echelon Here we’ve got another laptop with Nvidia Pascal architecture GPU. This laptop is special because it has a 144Hz display with G-Sync and a decent battery life.

On top of this, it can play WoW on highest settings while live streaming on any platform such as Twitch/YouTube/Hitbox at 1080p@60fps A powerful laptop with one of the best laptop processors and a slightly underclocked GTX 1070 Max-Q. That’s a great setup for any game. It should easily reach 100+ FPS in WoW which is great since this laptop has a 144Hz panel.

Table of Best Laptops for World of Warcraft 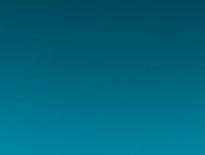 How to choose Best Linux Laptop: What are the top options 2017 (… 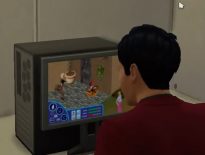