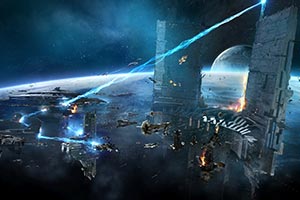 I was playing Eve the other day right after its latest generation was installed. For those who aren’t familiar, Eve is an MMORPG or Massively Multiplayer Online Role-Playing Game set in outer space. Anyway, I was in a battle with my best ship, yet none of the enemy ships were taking any damage, and my beautiful, top-of-the-line, well-fitted battleship was destroyed. What had happened? The terrible lag. My little laptop, which seemed fine for most things, just couldn’t keep up with the gameplay of Eve’s latest iteration.

What follows are the requirements to consider when deciding the best laptop for light gaming so that all of your game’s parts will work together smoothly and you can avoid the lag.

What’s we’re looking for in the best laptop for light gaming?

The processor is that most central piece of computer equipment as it does all the heavy lifting. It loads your game into memory when you ask for it and then performs all the actions required for your game to run. It sends the data where it needs to go and passes instructions on to the parts that need it. If you’re in your battleship and want to fire at another battleship, your keystrokes or mouse clicks tell the processor which then performs the action, relaying the information to the graphics card and ultimately the display. So, it needs to not be slow, and it needs to be reliable.

If you want to get a better idea of how the processor works with the graphics card and the display to keep your game running as it should, Tweak Guides has an excellent description of this process.

The light gaming laptops listed here have at least an Intel i5 Core processor, 5th Generation, which should supply enough speed and reliability to get the job done. You can tell which generation of processor it is the number after the i# designation. So, for example, Intel Core i7-6500U is a 6th generation processor.

The primary purpose of the graphics card is to be the go-between passing the computer instruction on to the display. In a sense, it is a mini-processor, but its work focuses exclusively on graphics. The GPU (Graphics Processing Unit), as it is otherwise known, processes the data necessary to create the visuals on your display monitor. And, much like the processor (or CPU), the graphics card sends the processed data onto the monitor which in turn allows you to see the visuals.

If you also think of the graphics card as a mini-processor, you’ll also want to consider the speed of the card much as you would consider the speed and efficiency of your CPU. At the very least, for the best laptop for light gaming, you will want Intel’s HD 5500.

For more details on this, see this Quora post.

Memory is important, but for the best laptop for light gaming, the usual minimum provided in a laptop of this quality has 8 GB of RAM, which should be plenty for your light gaming requirements. All of the listed laptops here have at least 8 GB of RAM.

The significance of memory is that it is where the processor loads the game data and the game program for quick access. Although there is considerable swapping of data between memory and storage throughout the game, having data readily available saves time for the processor.

As games become more complex or as your own demands on your laptop increase, you always have the option of adding more RAM as shown in the following video.

How much storage is needed for the best light gaming laptop?

You need enough storage to hold all your game’s data and the game itself. The storage is essentially the file system for everything that’s on your computer. It holds everything that gets saved when the computer powers off. If you don’t have a lot of other programs or data to store, you won’t need a lot of gigabytes and can focus on speed. You might wonder if the program and data are loaded into memory, why does storage need to be fast? That’s because not everything is loaded into memory at the start of the game, and throughout the game, the processor will need to go in and out of storage from time to time. There is a swap file in storage where data that isn’t immediately necessary is stored but is also accessed frequently enough that there is a special place on the hard drive for it. It takes the processor more time to access that file than memory, but less time than if it had to search the entire hard drive for what was needed.

There are now two primary kinds of storage available. One is the traditional hard disk drive, also known as HDD, and the other is the solid state drive, otherwise known as SSD. The HDD has a moving part (I won’t get into all the specifics here) which is used to access the data. On the other hand, the SSD has no moving parts, so it is many times faster than a traditional hard drive. Also, because there are no moving parts on an SSD, it doesn’t wear out as quickly as an HDD and so is more durable. So for game play, an SSD is better as long as not much storage is needed. That’s because in addition to being an overall faster mechanism, some of its space works just the way memory does. The ideal would be an SSD with a large amount of storage.

If you want to know more about the differences between SSD and HDD, this Newegg DIY Garage video should help in your understanding.

For the most part, the display on any laptop should be sufficient. You do want at least full HD, which most laptops have by default. All of the laptops listed here have full HD. In fact, more than that is likely overkill for a light gaming laptop. There is information I can give you regarding frame rate and a number of pixels, but as long as you have a laptop with full HD you should be fine.

IPS will also add to the display quality. Another consideration is a size of the display. A 13″ display is okay for most light gaming, although a 15″ display is better. 17″ might be a bit too much if you want a light laptop. All that really depends on your preference and how you will be using your laptop for gaming.

Other requirements are really up to you, whether you want a long battery life or a lightweight machine. That really depends on how long you play and whether you want to carry it with you. If you have easy access to an outlet, the battery life is likely not that important. Also if you won’t be carrying the laptop everywhere you go, you might not be as concerned about the weight. That will be described further in the best laptop for light gaming descriptions to follow. The Dell Inspiron is probably your best buy, as it is the least expensive laptop listed here. Its Intel Core i7 6th generation processor is at the higher end of the processors for light gaming and its integrated graphic card gives a reasonable quality which will help in avoiding lag. Although the graphic card is not a dedicated card, the speed of the processor and the SSD storage should provide the speed needed. And if you want something you can carry with you on the go, its 3.4 lb weight is ideal.

One laptop listed here is lighter but that can have its disadvantages. Also, the Inspiron has the advantage of good battery life — just remember gaming will cause the number of hours of battery life listed to go down due to the demands gaming places on the system. The main disadvantages of this system might be the lower storage size and the size of the display. So if storage and display size are important to you, there are other options to look at that aren’t that much more expensive. Acer Aspire V 15, although only slightly more expensive than the Dell, has the same processor and graphics configuration as the Inspiron, but also has twice as much memory, twice as much storage with the SSD and a larger display with IPS. Its battery life is also longer. However, as a machine to carry, the 4.9 lb weight might be a drawback. This is a nice lightweight laptop whose main advantage is its portability. That can also be a disadvantage as it will have less power overall. The processor, graphics, and memory are all reasonably good even though at the lower end of the laptops listed, and it does have the SSD storage. It also includes the IPS display. If you need to be carrying your laptop with you throughout the day, you may opt for the Zenbook. You would still be able to have a decent light gaming experience. If you like games filled with graphics and texture, and can handle the additional price, this is the laptop you should choose. It has an i7 5th generation processor which is slightly less than the previous laptops listed, but it comes with a dedicated graphics card. The Nvidia GeForce 960M with 2GB VRAM is an excellent choice.

It doesn’t have an SSD drive, but the amount of storage and the 12 GB memory should make up for that lack. It’s a bit on the heavy side and with great performance, the battery life is short (about 2 hours), so for portability, you will be somewhat limited.

If you want to find out more about whether your current game will run on a good light gaming laptop, Game Debate indexes almost all the games out there. It lists the specifications required and will even check your current laptop (you input the data) to see if it meets the requirements for a specific game. Take a look at the requirements for your favorite game and match it with the laptops that are shown above. Once you’re set, happy gaming! 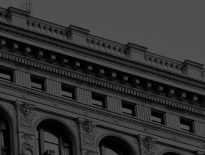 How to choose Best laptop for Realtors: Step-by-Step guide &… 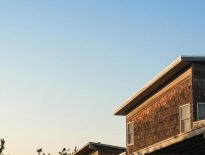