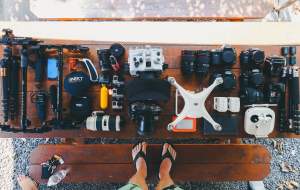 As a person who is almost always editing video for my Youtube channel, I am always trying out new video editing software for the best videos possible. There are many non-linear editing (NLE) systems out there on the market, but for my money, I like to use Adobe Premiere for its ability to organize a large amount of recorded audio and video and edit them as I please. The chief drawback to this NLE is its tendency to have very finicky hardware requirements, which is why I crafted this guide to help you find the best laptops for Adobe Premiere.

First, let’s take a look at Adobe Premiere Pro’s requirements. I selected Premiere Pro CC 2018 because that is what you’ll most likely be using for editing purposes. I also included stats for MacOS laptops because one of my reviewed items falls into that category.

While there isn’t a huge amount of difference, it’s worth noting that Adobe suggests an Intel processor for its Mac version. Outside of that, they consider a dedicated graphics card optional, but I find that CUDA technology gives me extra processing power so I always recommend a discrete graphics card in your new NLE laptop.

What to Look For Video Editing laptop

As I’ve mentioned, Adobe Premiere can be a bit finicky; in fact, in the past, I’ve been made pretty angry by the software when I tried to use it on a friend’s slower computer. I want you to avoid this frustration, so here are some key stats that you should consider before you make a purchase (in my estimation, you should always shoot well above the Adobe official requirements – it’ll lead to less frustration):

I’m not going to beat around the bush; this is simply the most important component for video editing. While the other features can be important, a fast processor is THE key to fast render times. Meanwhile, a high-end graphics card is only essential if you want to use VR features.

As you’ve undoubtedly noticed from the reqs, you’ll need a 64-bit processor to run Premiere. Personally, I always try to go for a quad-core H-series Intel Core i5 or i7 processor. With the latest April 2018 update, Intel processors can render video ~40% faster than they used to. Just make sure you’ve installed processor drivers. This has left no room for AMD Ryzen processors which is a shame.

For Adobe Premiere, I recommend hyperthreaded processors with at least 4 cores which includes nearly all i5/i7 6th-8th gen Intel processors. If you want some examples of good laptop processors for Premiere CC, here you go:

Most of these processors are available starting at $900 but in our case we might need to go up to ~$1,100 if we want a good processor, graphics card AND an above average display.

Video cards play a vital role in accelerating video previews and rendering. That’s why I recommend getting at least a mid-range graphics chip. For Adobe Premiere, there’s little reason to go beyond Nvidia GeForce GTX 1070. Though well-rounded laptops with this card start only around $1,900 which leaves us with GTX 1050 and 1060 for anything under that. Even MX150 and 960M can be decent options if you can’t afford a laptop with GTX 1050 or 1060.

I see no reason to buy a laptop with a Quadro card unless you’re looking for an absolute best laptop for Premiere which can cost $5,000 or more.

RAM is how your processor interacts with what you have on your hard drive. More RAM means storing more assets in memory which is great for live previews and sometimes for final rendering. In a budget build, you can stick with the 8 GB of RAM that’s suggested by Adobe. At the same time, for projects with 4k footage I’d go with 16 GB or even more if I had deep enough pockets.

Storage is another major consideration. For the past decade, most consumer laptops top out at 1 TB of storage but that can be no longer enough for storing an increasingly more data-intensive video. Nowadays, a lot of footage is either in 4k or with a high framerate. Using an external hard drive can provide you with some extra mileage but you won’t go far if you’re starting with a 250 GB laptop. I personally like to have more than enough space onboard before I consider external options and I would recommend to packing as much storage as possible given you can afford it.

That being said, there are two types of internal hard drives on the market. Let’s take a look at the uses and benefits of each:

Since we’re editing video, it’s pretty important to have a good display. Here’s a breakdown:

The first laptop that I’ll be reviewing is the Eluktronics N870HK1 Pro. This laptop only costs about a thousand dollars, yet it comes packed in with a seventh generation i7 processor under its hood. Also, it has a mid-range graphics card which together with a 512 GB SSD and an IPS panel makes it the best deal for its price.

Also, it has great options for a future upgrade – free DDR4 RAM slots, M.2 SATA slot or 2 2.5″ HDD/SSD bays (depending on the configuration). Also, it has plenty of USB ports, 2 mini DisplayPorts and a single HDMI port. That provides with as many options for external displays as you could expect from a laptop. The upgraded HP Omen 15t is another great laptop for Adobe Premiere. It comes with a better processor – one of the best on the market. Also, it has a faster Solid State Drive and it adds a 1 TB HDD to its arsenal. It retains an IPS panel (as every laptop on my list) but it subtracts 1 mini DisplayPort compared with Eluktronics model above. This one has everything for video editing – top of the shelf CPU & GPU and plenty of storage space.

Sadly, I didn’t find much information about its IPS 144Hz panel. IPS would indicate that it’s at least not terrible but at this price point I’d like to know RGB and NTSC coverage which I sadly couldn’t find. I’d recommend carefully testing out this laptop and if it does not have a sufficiently good panel, it can be returned within 30 days. Many video editors love to work on MacBooks, which is why I HAD to include on in my guide. This particular laptop actually allows for two variations:

Whichever you decide on, you’ll probably still need more storage, especially if you plan on keeping rendered files, so I’d suggest thinking about an external. In any situation, this laptop has everything that you’ll need to run Adobe Premiere including i7-6700HQ and 16 GB of RAM. While this MacBook only has an integrated Intel graphical chipset, it has excellent battery life (eight hours plus) and is feather-light weighing in at just four pounds. If you want the performance of a fast Windows PC and you can pay extra for the portability of a MacBook – Gigabyte Aero 15X is the best option.

It’s X-Rite Pantone certified, so the display does not need calibration by the buyer – it is very accurate. It covers 94% of sRGB space and 60% RGB which is good for an integrated display. If you want the best possible display, you could go for the UHD version which covers nearly 100% of Adobe RGB color space.

There are quite a few variations of this laptop, where the most expensive version comes with the UHD display and 2x 2TB Samsung SSD – it’s a great laptop for video editing in all regards.

I hope you enjoyed my post here about the best laptops for Adobe Premiere. Video editing is very rewarding, but no one would argue that it doesn’t require a good system. The systems that I’ve featured here are robust enough to run the NLE with relative ease, but if you have any additional questions, shoot me a comment below – I’ll get back to you as soon as possible. Pick Notebook also has several blog articles about laptops for video editing, you should check them out if you are looking for a more generalized laptop experience.

Don’t forget to check out the guides for Photoshop laptops and best notebooks for livestreaming. 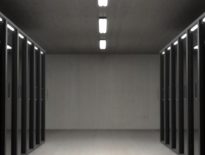 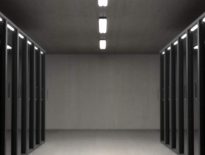